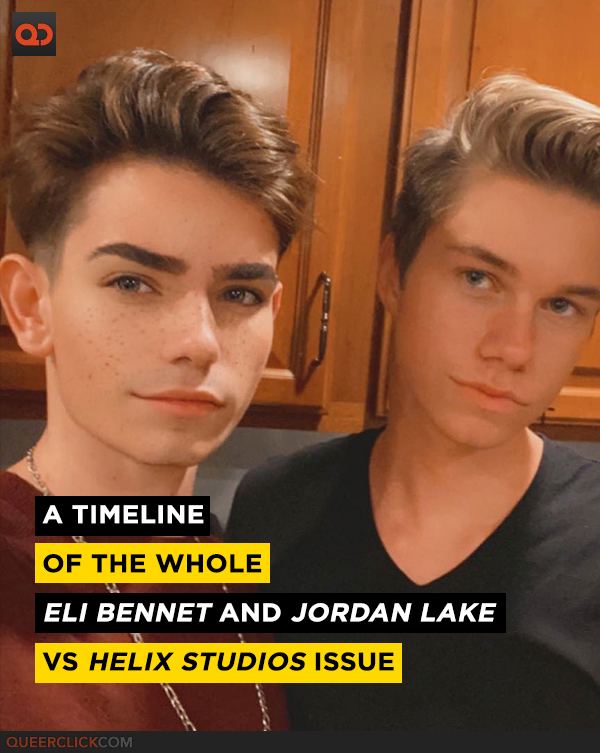 See what went down on this explosive incident involving models Eli Bennet, Jordan Lake, and Helix Studio owner Keith Miller, and others!

Last week, gay adult entertainer posted a controversial message about leaving Helix Studios which would be his pinned tweet. 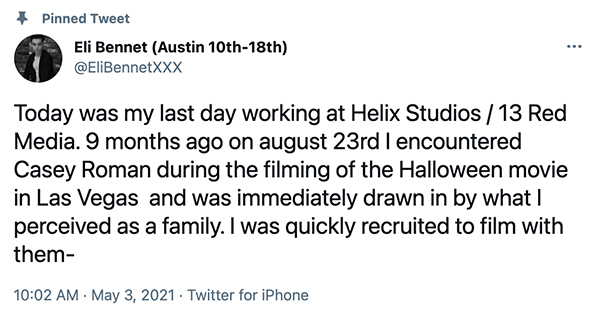 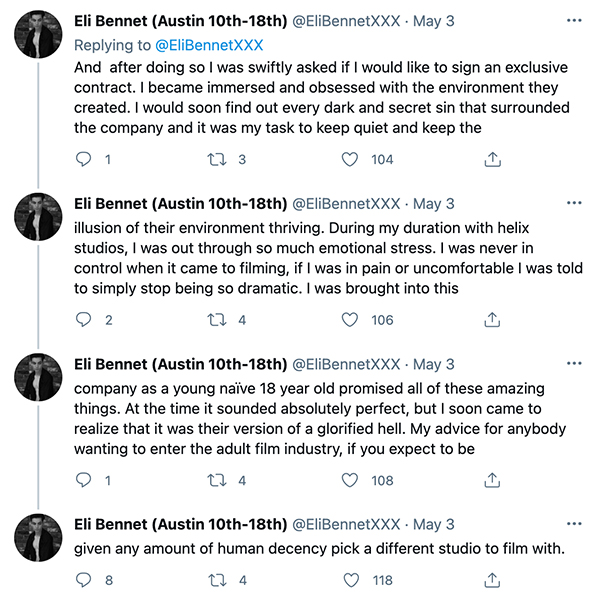 Around the same time, Bennet‘s fellow model Jordan Lake took to Twitter and shared to his followers that he’s no longer working with Helix Studios too. Lake expressed dismay for the way he was treated while working with the said production studio. 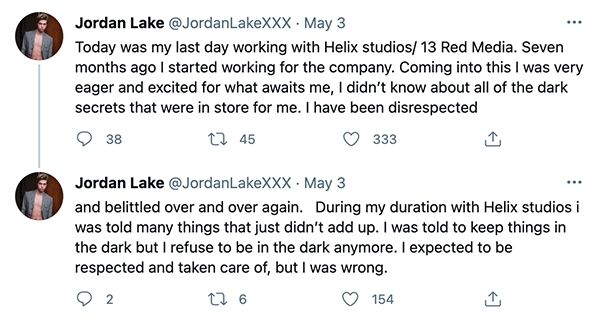 Bennet, on the other hand, got director Casey Roman involved by tweeting this:

On that same day, the two then appeared on the Youtube channel of the media outlet TTB Network for an interview where they alleged the studio of very serious allegations including underpaying models, getting drugged by the owner of the studio then sleeping Eli while he’s under the influence. Watch it below:

Came May 5th, Helix Studio owner Keith Miller released a response to the allegations in a lengthy statement published via the studio’s blog. He also detailed the incident that caused him some serious injuries which led to the cancellation of a supposed filming involving Bennet.

Miller also shared photos of his injuries and hospitalization. 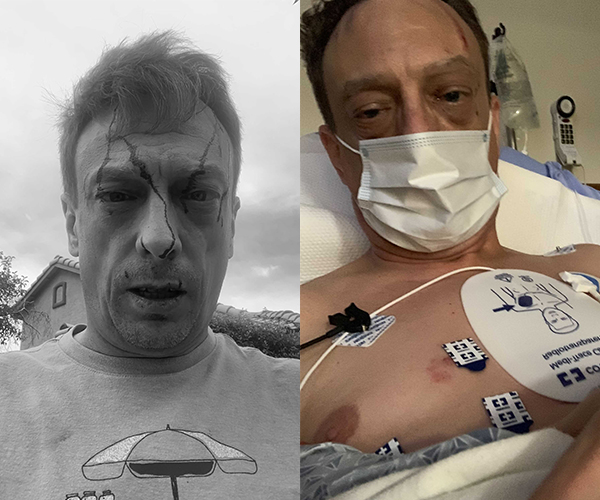 After the release of Helix Studio‘s statement, Bennet responded through Twitter and talked about other allegations. 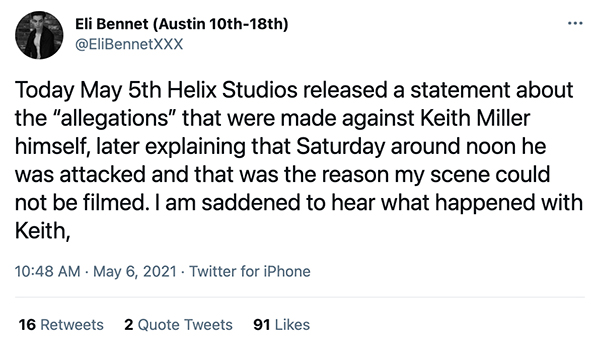 Lake also posted a response to Helix Studio‘s statement on the same day. 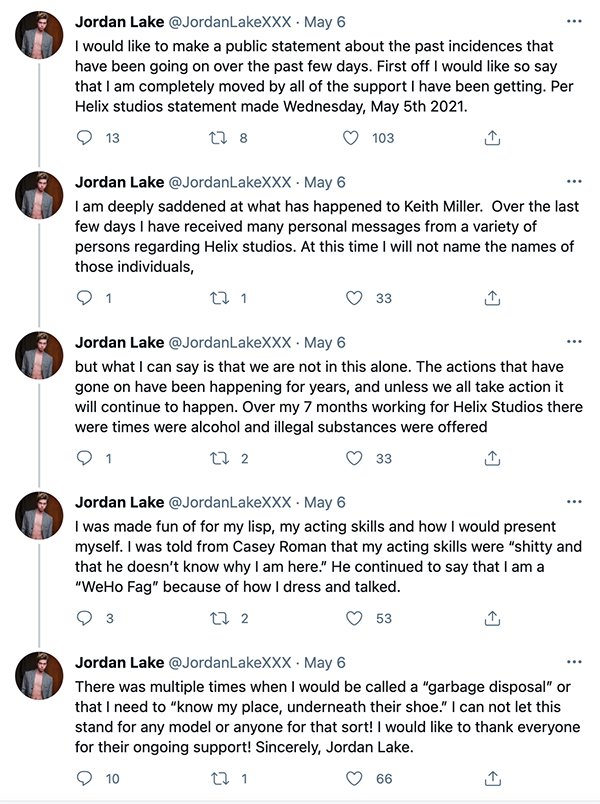 Meanwhile, Helix Studio director Max Carter has actually dismissed all these claims and saying this.

This has prompted Bennet to say that he can back his statements by evidences.

Eli Bennet and Jordan Lake have since been blocked on Twitter by Helix Studios.

What can you say about this whole issue? Let us know your thoughts in the comments section below!