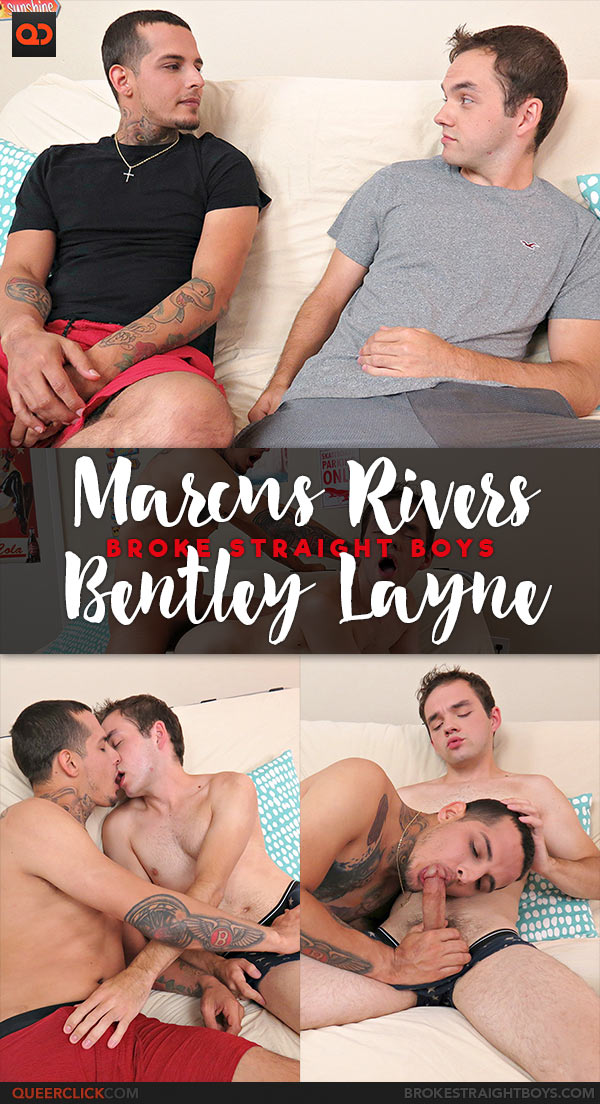 On the couch, with their shirts already off, Bentley Layne and Marcus Rivers waste no time.

The guys start kissing and grabbing each other before Marcus pulls down Bentley’s shorts and throats his dick. Bentley tosses his head back and enjoys Marcus’ warm mouth servicing him. “Dude, your dick’s hard as fuck” he tells Marcus when he grabs it and starts sucking. They both love pleasing each other, and Bentley is ready to please Marcus some more.

See more of Bentley and Marcus at BrokeStraightBoys.