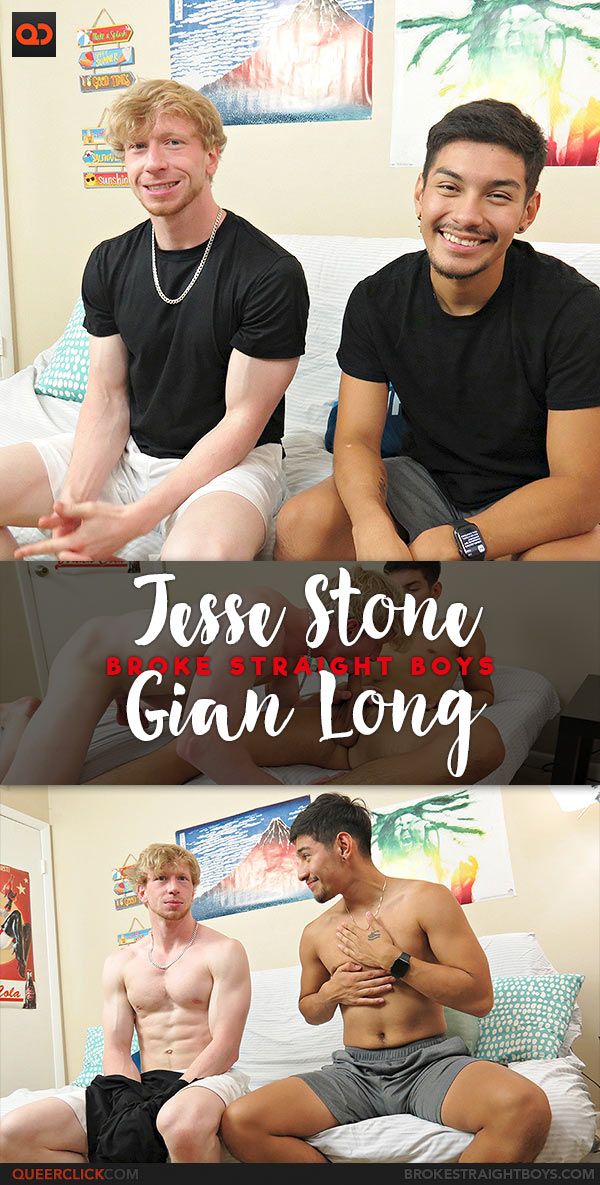 After some light kissing, Jesse Stone gets on his knees and puts Gian Long’s dick in his mouth.

Jesse then wants to really put his big dick to use by pounding Gian, who is definitely not used to his size. “Oh fuck, you’re so tight. Damn” Jesse says as he eases his dick into Gian gently and slowly at first. Gian is grunting hard while he takes Jesse’s hard dick, who thrusts faster once he’s all the way in.

See more of Jesse and Gian at BrokeStraightBoys.