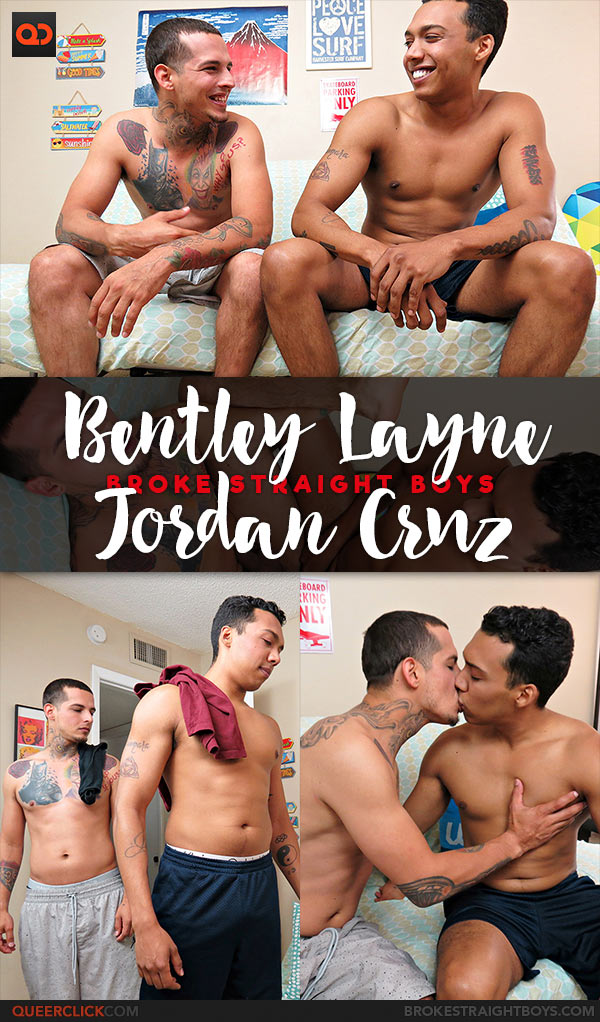 After an intense workout, Jordan Cruz and Bentley Layne head back to the room to relax and cool off.

See more of Jordan and Bentley at BrokeStraightBoys.