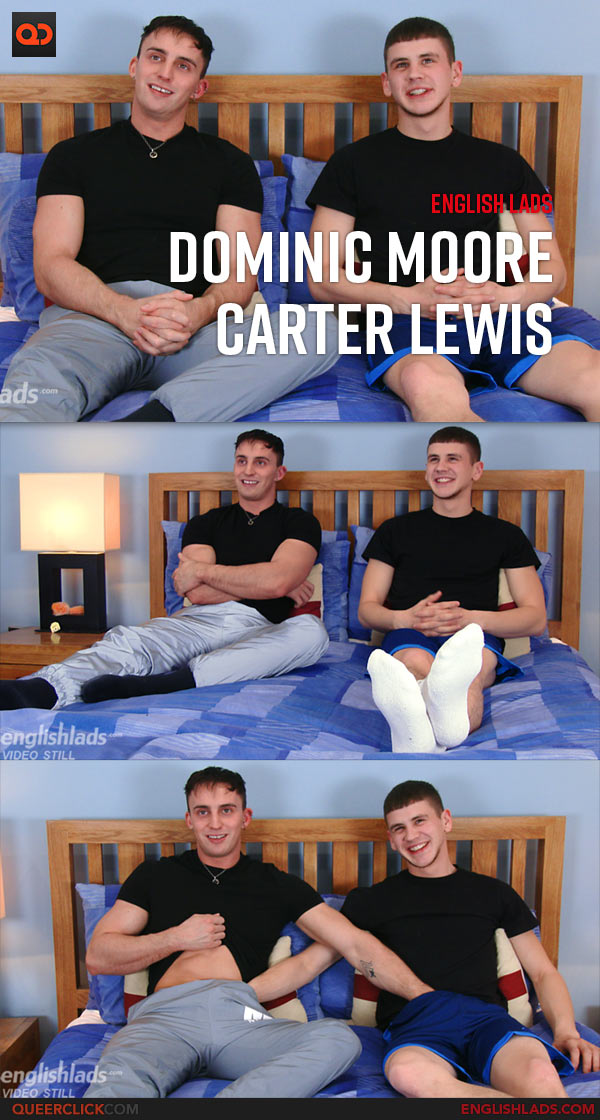 Muscular hunk Carter Lewis is back this week as he continues on his adventure and gets fucked for the first time! Fresh-faced Dominic Moore makes a comeback to fulfil Carter’s needs. These two fit lads get along extremely well. After some playful fun of the boys getting familiar with each other’s ripped bodies, they strip naked and wank each other’s uncut cocks to rock-solid massive erections.

After a good fucking, the hot duo power wank their cocks until they both make huge messes all over themselves!

See more of Dominic and Carter at EnglishLads.