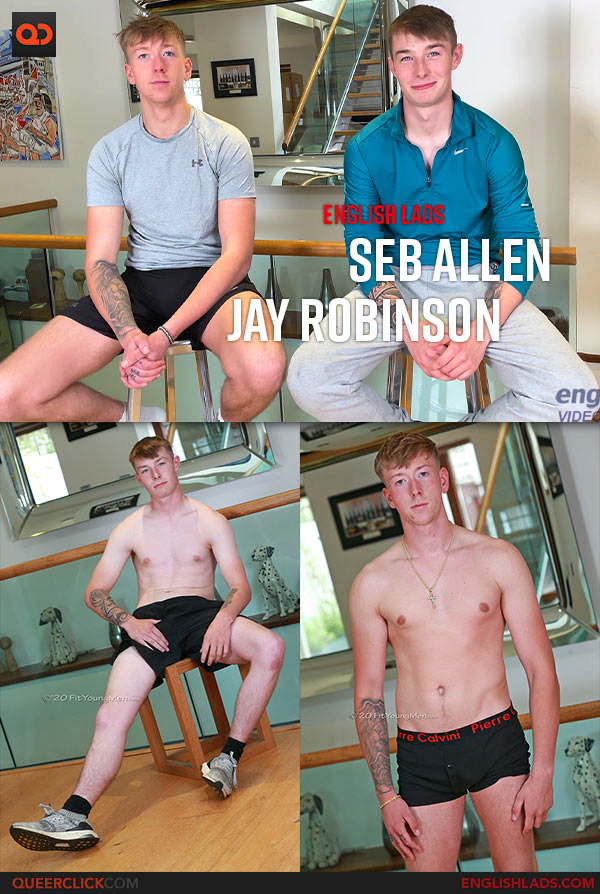 Best mates, Jay Robinson and Seb Allen, return this week as they continue their adventure together and wow do they push their boundaries!

Neither of these straight young lads had sucked cock before, having only wanked each other for the first time a few weeks ago! They tease their uncut cocks to nice hard erections before Seb goes first and tries sucking his mate’s hard cock!

See more of Seb and Jay at EnglishLads.