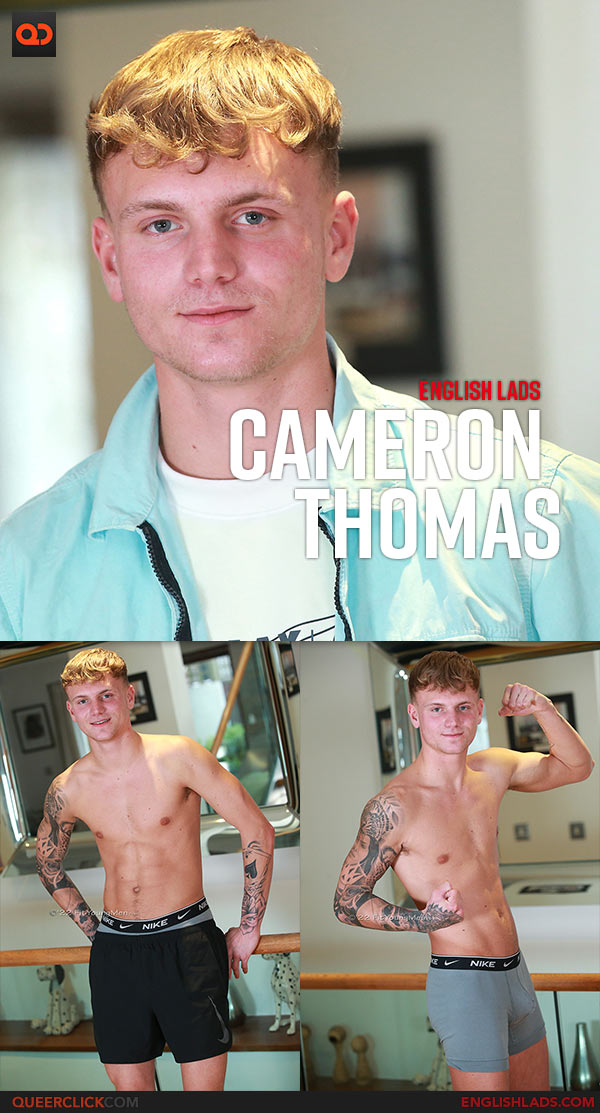 Young MMA fighter Cameron Thomas makes his first video appearance on EnglishLads and is looking very relaxed in his sportswear.

Cameron is one of these young straight lads who is super chilled about being naked and with good reason! He has a lean body with ripped abs and defined muscles that he shows off well.

We see plenty of Cameron’s uncut one – natural and soft – and he even does some shadow boxing for us before he treats himself to a wank and finds himself with a rock-solid big erection!

Whilst hard, Cameron wanders around the house and his big hard-on bounces everywhere and again repeats his MMA style boxing moves, and wow does his cock move fast!

See more of Cameron and his video at EnglishLads.