Mickey Taylor Accuses Jonas Jackson of Ruining His Chances on Getting Gigs in London and Warns on Seeking Legal Help! 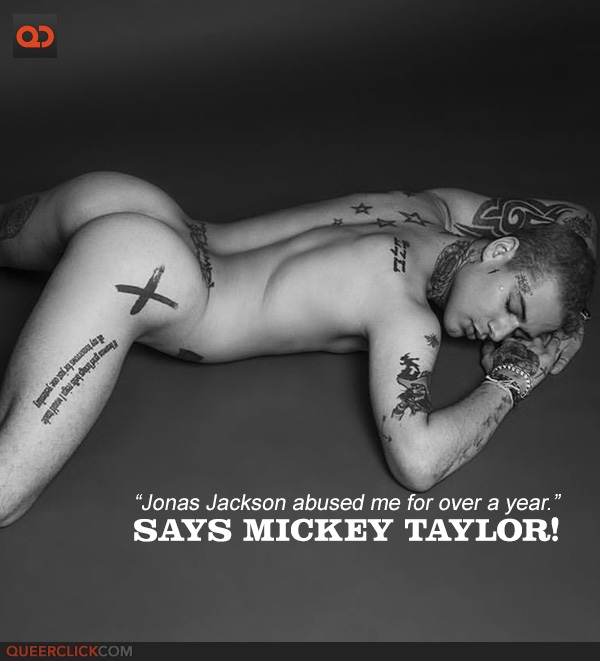 The model said that he’s been having quite a struggle getting some gigs in London because Jonas has been going around telling other models things that prevent them from collaborating with Mickey.

Mickey Taylor went public recently, accusing Jonas Jackson of ruining his chances of getting gigs in London. He also tells people about Jonas‘ abusive behavior as a boyfriend. Mickey went live on Periscope and shared these information after learning that Jonas has allegedly been telling other models to not film with Mickey because apparently, Mickey is “violent” and once “tried to pull out a gun” on him and also attempted to stab him. 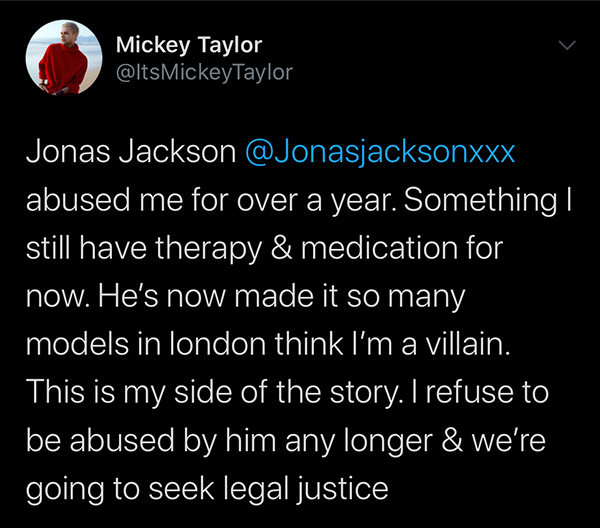 Mickey quickly dismissed these accusations and counteracted it with statements about his toxic relationship with Jonas when they were still dating. Mickey opened up about Jonas being an alleged abuser who constantly commented about his weight and proposed to have an open relationship as an excuse to have sex with other people.

Was told to compile a list of abusive things he did to me in our year together. It’s honestly upsetting seeing it like this. The mental manipulation. I want my name cleared. I was never the abuser. I was the abused, still being abused as Hes attacking my work @jonasjacksonxxx pic.twitter.com/ZEe8XXtkJl

Mickey said that these things made him feel insecure and it greatly affected his mental health. Watch him spill all the tea below:

Aside from this, he also said that Jonas displays this behavior not just to him but to other people to:

This is @Jonasjacksonxxx turning up to someone’s non sexual place of work to intimidate them because they couldn’t film with him when they were sick so he called them, abused them and stalked them. I am not his only victim. We have have proof. We’re not the liars. pic.twitter.com/EUzKb9YGx6

It has turned into something serious as Mickey said that he’s going to try to seek legal help for defamation and the losses of gigs he had to endure while trying to create content in London. He’s given some updates about the matter on his Twitter account. 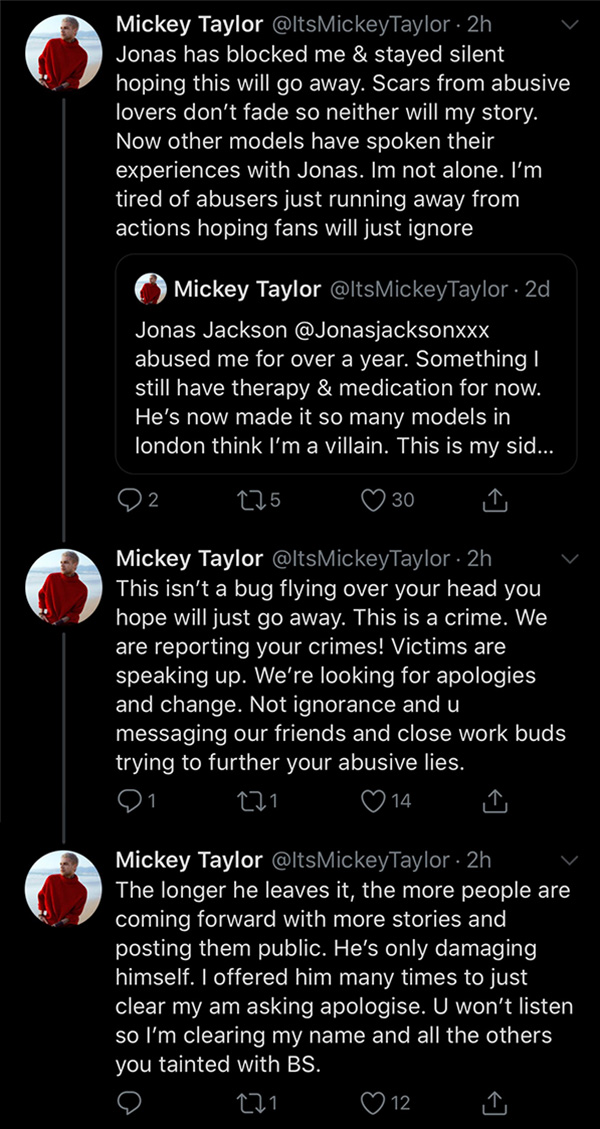 Jonas Jackson is yet to comment on the matter.

What can you say about all these? Let us know what you guys think in the comments section below!