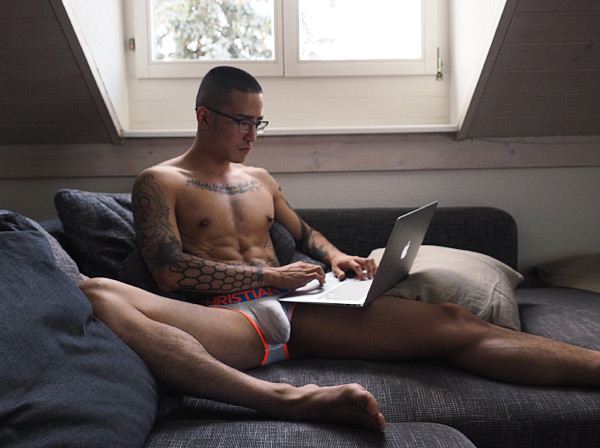 Let’s start by getting to know a little bit about you!

But the most recent ones were for PeterFever and AxelAbysse, as both of the studios films in Tokyo.

There are quite a few favourites, but I love working with my Axel Abysse because it’s quite easy to work with him, and he really knows how to wreck my hole well 🙂

I only read manga these days, but anything by Gengoroh Tagame.

Chicago the musical and Brooklyn 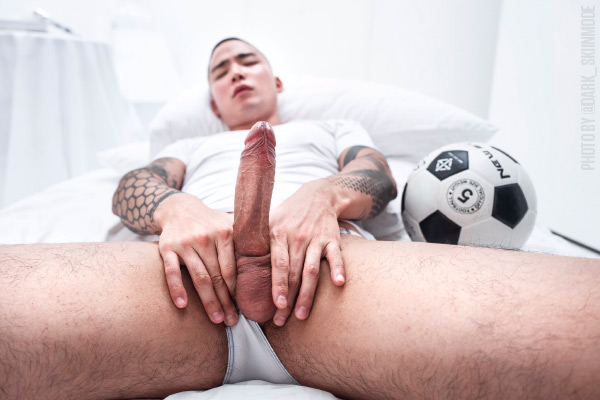 As much as group scenes are hot and I love it, it’s hard to shoot. There is so much action happening and it’s really difficult to focus as a director, cameraman or editor.

Some of the first tattoos didn’t really go with the style I am going for right now so I covered them with new tattoos.

When the lockdown was happening, I was working on my website’s launch so I really didn’t have to go out that much so it worked out well at the end.

I will definitely travel to Europe to shoot tons of scenes for YoshiKawasakiXXX.com!!

It made me go nuts! I was hornier than ever especially when I’m told I can’t have it.

I think I was super lucky to have a huge project that can be worked on at home. The pandemic didn’t affected me that much.

I have an JFF account, but I’m currently only focusing on my own website to produce more quality content. What’s good about having my own production is that I can film scenes the way I like, which is more realistic and less produced. Also, I can go as sleazy as I want 🙂

For additional questions and remarks, feel free to comment below! We’ll be back next week with two interesting personalities.