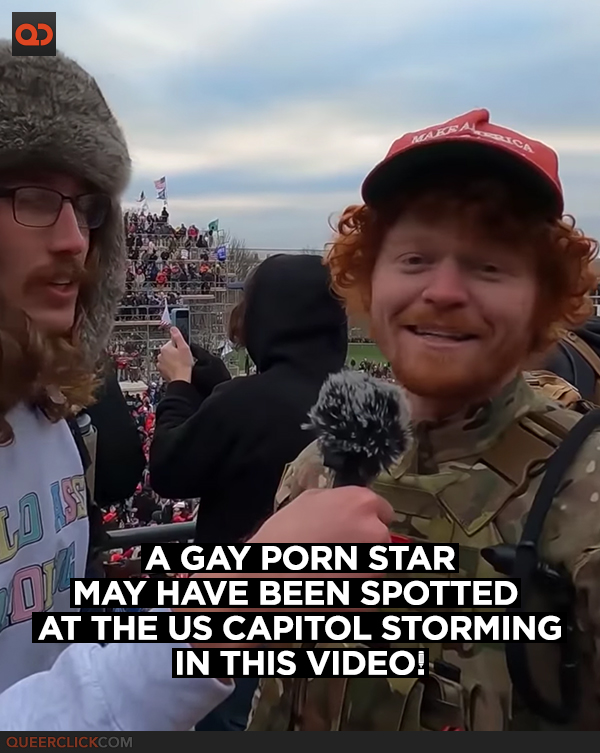 An eagle-eye may have identified someone who appears to be Mickey O’Brien as one of those people who stormed the United States Capitol last month.

The US Capitol siege was one of the most unforgettable moments in the history of America. It was January 6th, 2021 when a mob of Trump supporters stormed The US Capitol in an attempt to overturn Trump’s defeat against US President Joe Biden.

The ginger in question is said to be Mickey O’Brien. He’s done most works with FraternityX. He also has scenes with Raw Castings, Bait Buddies, etc.

You can check out the interview of the redhead rioter in the video below. (Video automatically skips to the exact timestamp of the rioter’s interview)

Mickey O’Brien has not said anything yet as of writing.

What can you say? Does he look like the adult performer? Let us know your thoughts in the comments section below!